Euralarm: Europe is the world’s top tourist destination but are tourists safe? 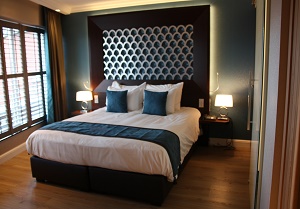 Touristic travel is on the rise, worldwide. International tourism actually dwarfs any other type of leisure business in terms of growth and one of the global regions benefitting the most from this trend is Europe: the world’s first tourism destination.

Central to the dynamism of European tourism is accommodation: hotels, B&Bs and online-rented space. “But due to a loose legislative framework for safety, which is rapidly becoming obsolete as our habits as tourists evolve, hotels might also become European tourism’s Achilles’ heel” says Euralarm, that highlights these considerations on the matter.

Of all dangers to a tourist’s safety in a European hotel, fire remains the biggest. Currently, the legal basis on the matter is a 1986 EU Council Recommendation on fire safety in hotels. Because EU Recommendations are, by nature, non-binding legal acts, it has resulted in mainly localised and incomplete measures. Fast forward 30 years later and it is clear that the Recommendation has had limited effect on hotel safety in Europe. A fact acknowledged by hotel federations and consumer associations alike.

The main issue is that local self-regulation resulting from the Recommendation has not guaranteed an even level of safety across the EU. Enforcement varies considerably from country to country, even city to city, including in the same region, and it largely depends on the size of the hotel. Small hotels are, too often, less scrutinised, more ill-equipped than bigger ones to deal with fires. Local laws frequently link the number of rooms with compliance to the Recommendation.

An analysis of global trends in tourism shows that, as our touristic habits evolve, the risk resulting from the current situation increases: more and more travellers choose to go ‘off the map’ opting for smaller hotels rather than big chains. This new type of tourist also tends to visit exactly those countries where safety in hotels is less controlled. Add to this the relatively unregulated development of increasingly popular online homestay networks, such as Airbnb, and you get a flammable cocktail. The situation seems to be calling for a fast reaction.

The most recent attempt to initiate binding legislation on tourism accommodation safety has been an October 2015 Resolution of the European Parliament, calling for a consistent European approach of risks related to fire. Reactions to the Resolution from various Brussels-based influencers showed a novel situation. All parties involved: consumer associations, hotel federations and Euralarm, the European trade association representing the electronic fire and security industry, now seem to agree that a legally binding EU Directive would be the right solution to address the issue.

Unfortunately, the initiative derailed due to a lack of reliable supporting data: the exact level of risk existing for the flows of tourists travelling to and inside Europe, remains a question mark. Outside from empirical observations, statistics on safety in tourism are notoriously hard to come by, reputational issues coming in the way of self-reporting. An EU Commission-initiated data collection programme launched 2008 resulted in a blatant failure.

The focus now is on surveying led by the industry, rather than the EU. Euralarm, among others, has asserted its readiness to help with new data collection efforts. It also offered to provide support and expertise to the EU Institutions and the CEN-CENELEC European standardisation platform, for the development of the relevant legislation and necessary standards to improve fire safety in hotels.

Progress in European legislation and standardisation is often slow, unless the issue makes it to news headlines. In 2004, after a number of tunnel fires with casualties, the EU Commission has been forced to publish a Directive on tunnel fire safety. Should we wait any further before adopting a Directive on tourism accommodation safety?

A failure to act quickly could come with yet another cost for Europe. As tourism is now more globalised than ever, competition becomes fiercer, and parts of the world with more stringent and well-established regulations for safety in tourism accommodation might hold a key advantage. In the United States for example, a Hotel and Motel Fire Safety Act is already in place since 1990. In this view, potential future incidents resulting from poor regulation could hit Europe’s tourism industry hard: its reputation as a safe destination already took a blow from the past year’s terrorist attacks.

Tourism is one of the engines of the European economy, and an important source of jobs. Eurostat reports that one in ten non-financial enterprises in Europe belongs to the tourism industries, and these 2.2 million enterprises employ an estimated 12 million persons. That is more than one in five people employed in the services sector.

Are we willing to take the risk?