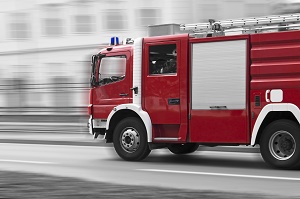 A key observation: differences between the examined countries, which hamper comparisons, whereby a view to the European norms would suggest the opposite. The European association therefore calls for more co-operation between the stakeholders, which would enable new insights into fire alarms in general which would include the reduction of false alarms.

Why we need Fire Alarms and Statistics

Buildings are safer today, because of the fire detection and alarm systems installed into them. Without these systems, fires would go undetected allowing them to spread. Exit routes would be impassable due to smoke and fire, resulting in injuries and even fatalities aside from the damage to the building itself. As with any system, there are however conditions that can lead to false alarms binding public and private resources as well as hurting the reputation of fire alarm and detection systems. False alarms can be reduced, for example through the use of modern multi-sensor fire detectors as well as the regular application of correct maintenance requirements, making the systems reliable and dependable for the building occupants.

In spite of these existing solutions to reduce false alarms, the market is lacking sufficient data that would outline the potential to reduce even more. An initial study by Euralarm in 2012 showed that data sources were missing and existing sources were not comparable. Reliable details (e.g. data pool) on the range of false alarm difficulties and their causes are needed; hence hindering the development of a suitable basis to define and deploy effective countermeasures. The new study focuses on investigating the data collection and analysis processes to achieve a better understanding of what needs to be done, and hopefully, provide momentum for changes.

Key Observations of the Task Group

The review of the data collection process of transmitted alarms of Fire Detection and Alarm systems has been carried out by the Euralarm Task Group False Alarm in Germany, Great Britain (England), Switzerland, Sweden and Austria (Vorlarberg). The project’s objective has been to analyse the specific methodologies taking an empirical approach, with the aim to derive a common understanding of the facts and figures collected during the fire services’ responses to fire alarms. From the existing data pools, the Task Group then attempted to calculate the false alarm ratios based on four different models. In doing so, the group then took the step to attempt a comparison between the investigated countries.

One of the observations of the review is that comparison of fire alarm figures in the respective countries is hampered by the missing alignment in common terminology and processes. A view to the European norms would suggest the opposite, but fact is that the application guidelines are national and these are the basis for any data collection. The analysed material recorded and collected by experts during responses to fire alarms is handled quite differently from country to country.

Lack of proper information leads to narrow or wrong measures being implemented, which is clearly detrimental to society and must be changed. Fundamental understanding of fire alarms and specifically false alarms is a requirement for any attempts towards betterment. Since a common approach would in principle be possible Euralarm proposes the fire safety industry, fire services and building owners to work together more closely.
The report will be published in autumn 2017.