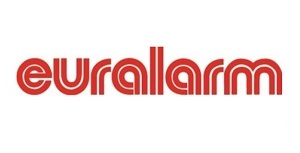 Over the past three years, Euralarm Services Section’s main endeavour has been to develop and advance a new European standard, prEN 16763. It defines for the first time the quality level of Services for electronic fire safety systems and security systems, to comply with the objectives of the European Service Directive.

Involved in the definition of standards at European level, Euralarm represents the fire safety and security industry in Europe. Its Services Section, created in 2009 and now chaired by Tyco’s Fire and Security ADT Martin Harvey, is one of the three membership options offered to the industry and has been launched with the aim to develop a Europe-wide standard such as prEN 16763.

Positive vote expected
The work on the standard, initiated by Euralarm member ZVEI and supported by 16 standardisation bodies across Europe, is now finally coming to an end before the end of September 2016, as a final vote on the standard is under way. Euralarm has urged its members to push the responsible bodies, national standards organisations, for a positive vote.

This European standard lays out the quality requirements for the service providers. It defines basic levels of competence of the employees entrusted with the planning, design, assembly, commissioning, verification, handover or maintenance of fire safety systems and security systems. Further it defines minimum requirements on the service output and documentation.

After a three years period of intensive work in CEN/CENELEC project group TC4, it is believed that the draft standard is the best possible compromise between the various interests of the industry and certification bodies across Europe. Euralarm officials now fear that a negative vote would further delay the advancement of a much needed harmonised European market in the field.

Closing the European gap
While the draft standard includes many concessions to a more integrated European model, prEn 16763  will not outline a detailed, Europe-wide basis for a third party certification of a service provider in all the different fields of expertise. In the long run, Euralarm members hope for the standard to lead to a convergence of the existing landscape of national policies and procedures in Europe, notably through the expected development of pan-European application guidelines.

Ultimately, Euralarm members believe that the standard will create a ‘win-win situation’ for the service providers, the clients and the certifiers, all over Europe. It will help close the electronic safety and security gap existing between EU countries.