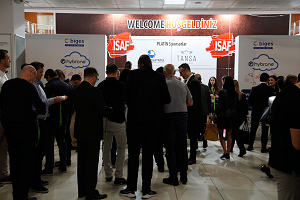 ISAF Security & Safety Exhibition, one of the most important exhibition in Turkey and in the Region, organized by Marmara Fair Organization, was postponed from March to October, which was its normal date.

“ISAF Exhibition – Feridun Bayram, Marmara Fair Organization General Manager says – will take place on October 14th-17th 2021 with serious work pace, high energy and worldwide promotions as every year. Since 2007, our exhibition had been held at Istanbul Exhibition Center halls numbered 9-10-11 in an area of 20,000 square meters. As of 2021, we are moving our exhibition to halls numbered 5-6-7. The main reason for making this change was the need for larger halls as the existing halls fell short of meeting the increasing recent demand and interest in our exhibition and as we could not make enough space available to valuable sector representative fellows who would like to take part in our exhibition. As we move it to larger halls, fellows who could not join us due to lack of available space will now be able to do so”.

The current structure of ISAF is formed within the new projects that are redesigned at 2012 and constituted to include 5 main sectors as follows: