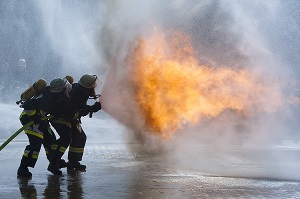 Following the unanimous decision of its Board, Euralarm has now formally welcomed its newest member: the WAGNER Group.

WAGNER will now benefit from Euralarm’s services in terms of representation towards European Institutions and Standardisation Organisations, the monitoring of relevant legislative and standardisation issues, and will have access to its extended network of national associations and major companies in the electronic fire safety and security sector.

WAGNER is a leading provider of integrated fire protection, a market innovator and its products are often considered a benchmark in the sector. It is an experienced provider of comprehensive and individual services ranging from consulting and solution development to system installation and support.

Over the years, WAGNER’s innovations have given the market significant impetus. As a logical consequence, the German-based company also brings its expertise and know-how into important standards committees including DIN, CEN and ISO.

WAGNER is also actively involved in drafting national and international guidelines with for example VdS and BSI.

Headquartered in Langenhagen near Hannover, Germany, WAGNER’s worldwide presence extends beyond Europe to China, Dubai, Singapore and the United States.

WAGNER will be represented in the Euralarm Fire Section by Dr.-Ing. Oliver Linden, the company’s product manager.

Following the completion of doctorate in safety engineering and fire and explosion protection, Dr.-Ing. Linden spent several years working as a researcher, with special focus on development and testing of multi-criteria fire detectors before moving into product management.

His responsibilities in terms of product portfolio and special tasks having increased steadily over a twelve years career at WAGNER.

“WAGNER acknowledges Euralarm’s important role as the European fire and security industry’s representative and balancing partner to standardisation and testing bodies”, according to Dr.-Ing. Linden.

“Having participated in its work for many years, WAGNER decided to permanently engage in Euralarm’s activities with special respect to matters of fire safety, contributing to reduce trade barriers and to enhance competitiveness and harmonisation of the European market. As WAGNER’s representative I would like to thank Euralarm very much for the warm welcome.”

“We are happy to now count WAGNER amongst our members”, said Euralarm President Enzo Peduzzi. “Euralarm is now even more representative of the Electronic Fire Safety and Security sector, bringing in a strong expertise in innovation.”