Securexpo and the East African Boom 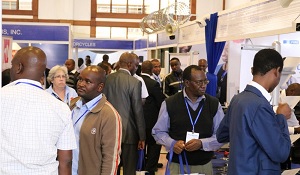 Securexpo East Africa, the largest security trade event in the region, will return from the 24th till the 26th  September 2019. Once again the exhibition will be taking place at the Visa Oshwal Centre in Westland and visiting is completely free.

The East African Boom
East Africa is home to the highest GDP growth in all of Africa. Boasting a stable 5.9% GDP growth rate which is predicted to continue to grow through 2018 – 2019, the region has been tipped as Africa’s most valuable investment opportunity.

Enhanced regional integration through the East African Community and the Common Market for Eastern and Southern Africa (COMESA) and potential exploitation of the oil and gas discoveries in Uganda, Kenya, Ethiopia & Tanzania are expected to contribute to a continued GDP growth over the next two years.
Collectively worth over $342 billion USD, East Africa is becoming a key focus for foreign investment thus opening up the security, fire and safety market to accommodate its ever-growing business hub.

KENYA: THE GATEWAY TO EAST AFRICA
Kenya itself is considered the financial, commercial and logistical epicentre of East Africa, with crucial trade pathways and opportunities within its growing economies that include Ethiopia, Tanzania, Uganda, Rwanda and Burundi, a hub of 150 million people. Kenya’s strategic position and status as the East African regional financial centre makes it the perfect location for Securexpo East Africa. The country’s government has initiated a broad range of business reforms, with a particular focus on attracting foreign investment. In 2018, East Africa boasted an enormous $7.6 billion in FDI (Foreign Direct Investment) with global firms setting up across the region.

TANZANIA
Tanzania’s strong gold price and a diversified productive structure contributed to its FDI inflows. Facebook and Uber expanded into that country while India’s Bharti Airtel continued to invest.

UGANDA
The landlocked country will immensely gain from the Ethiopia-Djibouti joint venture that will take over operations in 2024. Construction began in 2017 on a regional oil pipeline to transport oil produced in Uganda — by Total E&P, Tullow Oil and China National Offshore Oil Corporation — to the United Republic of Tanzania for export.

GETTING INTO THE MARKET
Securexpo East Africa 2019 will bring together more than 2,500 industry stakeholders over two days under one roof. It’s the region’s largest exhibition for commercial, cyber, homeland and perimeter security, fire and safety.

“At Securexpo East Africa – the organizers say – we have growing representatives in the countries outside Kenya, who are tasked with bringing in delegations from these countries to the event itself. The upcoming 2019 edition is set to be the most regional event yet with the highest quality of internationals present”.