September 11: Lest We Forget 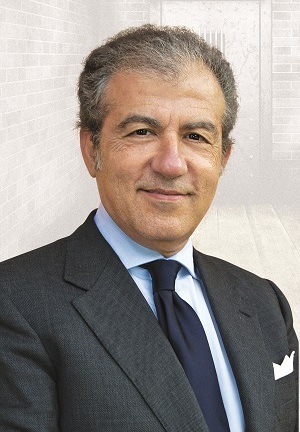 September 11, 2001 – September 11, 2021: Today it has been exactly twenty years since that day.
We all probably remember where we were on September 11, 2001.
I was in the desert. In the desert of Saudi Arabia. Eight jeeps lined up, and our vehicle was in the middle. My interpreter, a security guard and the driver – both Saudi nationals – and me. The others were from Al-Mukhabarat al-'Amma, Saudi Arabia's main intelligence service. About thirty men under the command of a brigadier general, whose name I cannot remember after twenty years. He was only a general, and not one of the 20,000 princes living in the Kingdom, all Ä€l SaÊ¿Å«d, the ruling family since 1744.
We were heading towards one of the intelligence service schools scattered throughout the peninsula. At that time, I was in charge of the SISMI centre in Saudi Arabia, a country of two million square kilometres, seven times bigger than Italy, with a population, at that time, of 21 million people.
My contact was His Royal Highness Prince Turki bin Faysal bin Abdulaziz Ä€l SaÊ¿Å«d, the eighth and youngest son of the late King Faysal the Reformer. Turki was head of the Directorate Intelligence General for 22 years, from 1979 until ten days before the attacks. On September 1, 2001 he was replaced by Nawwaf bin Abd al-Aziz Ä€l SaÊ¿Å«d.
But where were we? We were in the desert, and it was about 4:45 pm on September 11. In New York it was 8:45 am.
The tires of our four-by-four Toyotas had been left poorly inflated to better grip the sand. Suddenly, the convoy was filled with a strange euphoria. A seemingly meaningless euphoria. It was a little rough. Outside the box.
It reminded me a little of the Stadio Olimpico in Rome during the Roma-Lazio derby. At every goal a jolt, and an outcry of joy.
As I said, a bit over the top. Out of place!
That was baffling, also because all around us were just sand and dunes.
What was causing such uncontrolled joy?
The mystery was only unveiled when my interpreter, stammering, told me: ‘they are mentioning the Twin Towers. Something has happened’.

We all know what happened, which are 3,000 fatalities that we want to honour today with this anniversary.
Nothing has been the same since then.
That attack was a proof that it was possible to strike the United States of America on its own territory. The reaction of the United States was not long in coming.
On October 7, 2001 less than a month after the attacks, the offensive in Afghanistan was launched.
On October 26, 2001 the Patriot Act was enforced.
In November the Department of Homeland Security was created.
On March 20, 2003 the invasion of Iraq began.
On May 2, 2011 Osama bin Laden was killed in a Navy Seal operation.
And the world started to change, with terror spreading throughout every corner of the globe.
But let's go back to Saudi Arabia to that September 11, 2001 in the desert. The news was spreading all around the country and people were celebrating. From that moment on, everything changed in Saudi Arabia. The king was Fahd bin Ê¿Abd al-Ê¿AzÄ«z Ä€l SaÊ¿Å«d. An ailing king who had handed over all powers to Crown Prince AbdAllÄh bin Ê¿Abd al-Ê¿AzÄ«z Ä€l SaÊ¿Å«d. His administration’s response was fierce, and involved arrests, torture, and public beheadings.
On May 20, 2003 four car bombs were detonated in three different residential complexes in Riyadh. Dorrat Al Jadawel, Al Hamra Oasis Village Compound and the Vinnell Corporation Compound. The targeted facilities employed and housed a large number of Westerners, particularly American and British citizens.
Overall, the attack killed more than 91 people including 9 attackers and caused nearly 200 injuries.
The attack was planned and coordinated by al Qaeda.
Three Italian nationals were injured too.
The explosions were devastating, and caused fires and destruction.
The Al Hamra was my compound, the one I entered in June 2001 and left five days before the attack, only because I was informed that that compound, my compound, was on the list of targets.
On September 20, 2004 I finished my mandate in Saudi Arabia and returned to Italy.
Shortly afterwards I started to work for ENI and Saudi Arabia, with its oil wealth, still keeps me awake at night sometimes.
But like all experiences it shall remain in my heart forever.

As part of this twenty-year anniversary, I would also like to pay a tribute to the other victims of this sort of terrorism that indiscriminately hits not only helpless civilians, but also all of our companies operating in high-risk areas.
In the last twenty years, we have been faced with a record of over 129,000 attacks worldwide, resulting in approximately 311,000 deaths and 400,000 injuries arising from blast attacks, armed assaults, kidnappings, assassinations and attacks on infrastructures. The main targets were security forces, religious sites, journalists and tourists.
Major terrorist groups such as IS, the Taliban, Al-Shabaab, and Houthi rebels appear in the list of perpetrators.
In Europe alone, we have reported more than 3,000 attacks and recorded about 1,000 deaths and 6,000 injuries in blast attacks, armed assaults, assassinations and kidnappings. Once again, the targets were religious sites, as well as tourists and all sorts of government assets.
The attacks were carried out by the various groups linked with global Jihadism.

However, only in 2013 did the European multinationals’ security system reveal its real weakness.
On January 16, 2013 militiamen affiliated with al-Qaeda, under the command of Mokhtar Belmokhtar, kidnapped over 800 people in Algeria. The hostages belonged to different nationalities and were employed in the Tigantourine gas extraction plant near In Aménas. At least 39 foreign hostages were killed, along with 29 terrorists. The plant was owned by a joint venture sealed between Norway's Statoil, Britain's BP and Algeria's Sonatrach.
685 Algerian workers and 107 foreigners were freed. 3 militiamen were captured.
On September 12, 2013 the Statoil website published an investigation report on the In Amenas attack.
One of the main gaps, identified by the report, is that there was no independent Security function within the company:
1. “security belongs to the corporate safety function“;
2. “the Country Manager in Algeria is supported by a manager responsible for health, safety, environment and security”;
3. “the investigation team considers the lack of rigour in the implementation of security improvements a symptom of the approach towards (…) security protocols”;
4. “the company's overall capabilities and culture (of security) must be strengthened”;
5. Statoil does not have a holistic approach to the organisation and management of security'.
Pursuant to the report, Statoil developed a security management system that would initially provide the following:
1. inclusion of at least one security professional in all company areas;
2. redesign of the security management system;
3. security plans for all locations. New travel portal, employees’ travelling tracking, managers’ protection, background checks for all new employees, locking external USB flash drives on computers, encryption solution, secure communications;
4. security incident reporting based on a continuous monitoring plan;
5. networking with other oil company managers, Norwegian government agencies and local security stakeholders.

ENI, Italy’s oil company with at least four sites in Algeria, could have been one of the targets as well.
The CEO of ENI asked me whether a similar event could also have happened to them.
I replied that, unfortunately, we would have proved equally powerless before such attack.
The Managing Director frowned.
However, I also explained that, unlike what happened in the In Aménas attack, we would have not been held responsible for that because we could count on a risk management system consistent with national and international legislation and best practices.
Indeed, our code specifies an obligation of means, not an obligation of results.
In fact, although the company has been hit over time by security events, it has never been subject to judicial investigations thanks to a resilient security system.
Nonetheless, this is not enough and we must strive to build a system that can ensure protection for our people.
This is why the Italian government should:
1. turn the public-private partnership into a reality;
2. make work security more efficient;
3. regulate private security;
4. regulate the use of contractors;
5. make the cost of security tax-free.

The lesson is:
DO NOT WAIT FOR IT TO HAPPEN.
DO IT NOW!

President of IFI Advisory, Umberto Saccone served in the Carabinieri and in the Italian Intelligence Service SISMI for 33 years. In 2006 he was director of security at ENI, an Italian multinational oil and gas company. In April 2017 he was appointed sole director of Port Authority Security for the ports in Civitavecchia, Fiumicino and Gaeta.
He has written articles for different newspapers and specialised magazines and authored books including “La security aziendale nell’ordinamento italiano”, published by Il Sole 24 Ore in 2011, “Governare il rischio – Un sistema di Security Management”, published by Aracne in November 2014, and “Protocollo S – Sequestro di persona”, published by Aracne in 2019.
He has been professor at the Catholic University of Milan and is Commendatore of the Italian Republic. In 2020 he was appointed director of Master in Intelligence and Security at the Link Campus University. 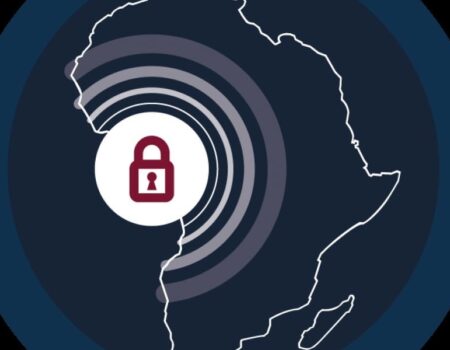 Securex West Africa will open its doors to over 3,000 high level, respected, industry professionals in 3 weeks.  From May 10th till 12th   the regional leading exhibition and conference for...
19 April 2022 - 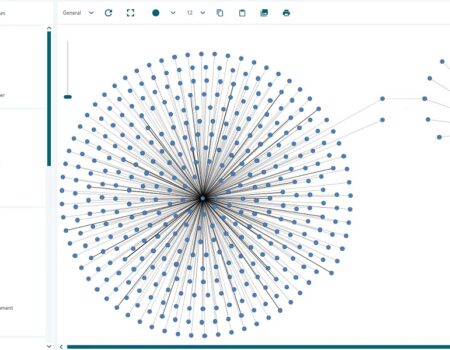 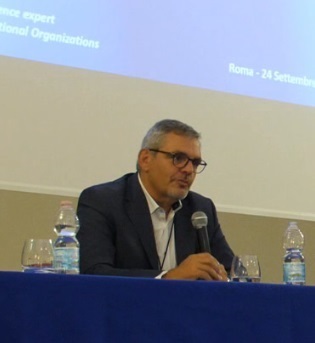 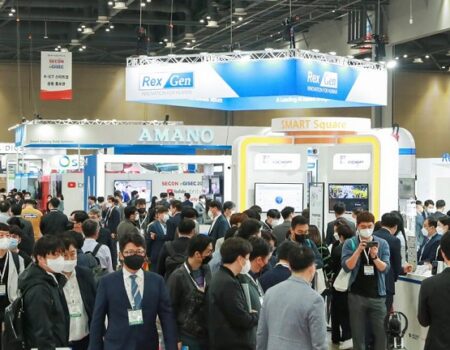 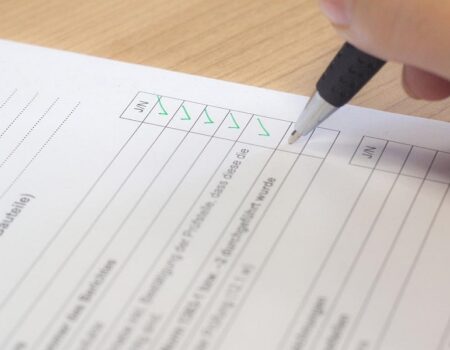 CertAlarm confirmed the completion of its 4th cycle of round-robin test series on the 10th May. The organization offering a pan-European quality mark in the fire protection and security systems...
10 May 2022 - 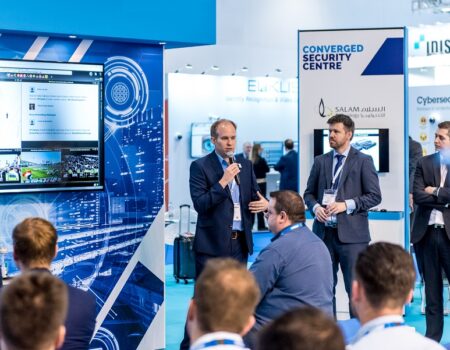 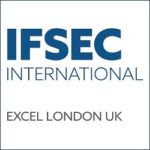 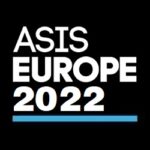 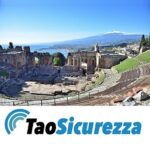 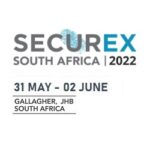 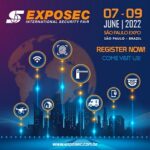 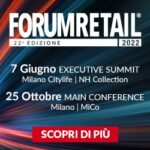