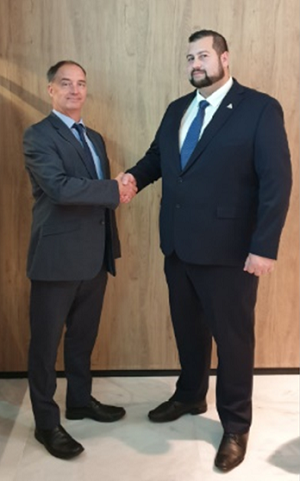 Euralarm appointed Joakim Söderström chairman of the Security Section during the section meetings following the Euralarm General Assembly. As chairman he will also join the board of Euralarm as Vice President. Following in the footsteps of David Wilkinson he will continue the journey that the section started. Milan Ceeh, vice chairman of the section and representative of the Czech association AGA will remain in his position.

When asked Joakim says to be thrilled to become the chairman of the  Security Section. “With our new strategic priorities and challenges document we have the foundation in place where we can now continue to build on. After defining our strategy I feel proud to contribute to turning the strategy into action. I’m happy with all the section members and their enthusiasm and professionalism. Together we will make this work!”

Founded in 1970, Euralarm represents over 5000 companies within the fire safety and security industry valued at 67 billion Euros. Euralarm Members are national associations and individual companies from across Europe.

In the photo: Joakim Söderström (r.) took over the position of chairman of the Euralarm Security section and Vice President of Euralarm from David Wilkinson (l.)